Many debt collection activities culminate in the court system. In instances of consumer debt, the Fair Debt Collection Practices Act (FDCPA) limits where a consumer can be sued.

Under 15 U. S. C. § 1692 i, a debt collector can only sue a consumer either: (a) in the judicial district where the consumer currently resides; or, (b) in the judicial district where the contract was signed giving rise to the debt. This provision of the FDCPA deals with venue and is becoming increasingly prevalent as consumers move from one state to another.

If a debt collector sues you in any other area than the above, it is a violation of the FDCPA, meaning that you may be entitled to recover up to $1,000 in statutory damages.

If you are being sued for delinquent credit card debt, it is imperative to formulate a defense as soon as possible. Failing to respond to a court summons can lead to disastrous consequences, including a default judgment, wage garnishment, liens on real property, and bank executions.

Our Hartford, Connecticut law firm regularly litigates actions under the Fair Debt Collection Practices Act (FDCPA), including many FDCPA cases involving venue violations, on behalf of Connecticut consumers. Since 2007, we have recovered thousands of dollars for FDCPA violations from offending debt collectors. 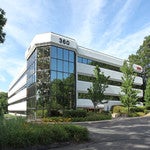